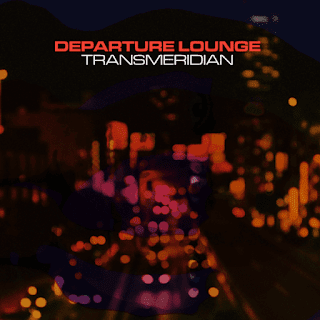 Released: 26 Mar 2021
Label: Violette Records
Buy Here
Departure Lounge, from Brighton UK/Tennessee USA,  are a new discovery for me. This is their first album in 19 years. It is also the first release in a while from the superb Violette Records (famous for releasing Michael Head's solo album in 2017).
The new album is an epic listen with a mixture of heartfelt indie songs and gorgeous instrumentals. It opens with a beautifully atmospheric piano track, before launching into the gloriously anthemic 'Australia'. It is a joyous and uplifting song with hints of Americana. The sound brought to mind Wilco and of course R.E.M (the album features the skilled guitar work of Peter Buck).
'Timber' is a lovely ballad, the emotion expressed in it reminded me of some of Badly Drawn Boy's earlier music.
Other highlights here include 'Mercury in Retrograde' which is wonderfully melodic with vivid, wistful lyrics. - 'Can anybody hear what I'm thinking? Up to the surface and I'm already sinking'
'Mr. Friendly' is an upbeat and enjoyable indie song which you can sing along to. The Beatles inspired - 'Don't be Afraid' is a stripped back and very moving ballad. The sparse production, piano and vocals are greatly atmospheric and, like so much of the music here, could potentially be on a film soundtrack.
It ends on 'So Long' which is a sweet, laid-back ballad. Again, it is a highly emotional listen.
A beautiful album and a wonderful return for this band. Highly recommended.