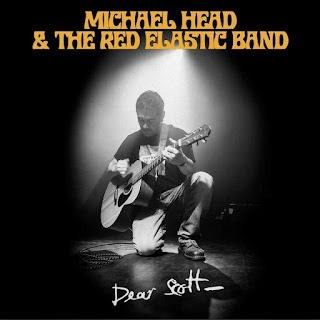 Released: 3 June 2022
Label: Modern Sky
Buy Here
I realise that Michael Head is a bigger artist than those I typically review here. But keeping with the theme of the blog, I wanted to write a few words about the new album.
This is his second solo album with The Red Elastic Band, but those aware of Michael Head will know he has released many superb albums over the years with his past bands The Pale Fountains and Shack.
I like Michael Head the most for his simple and heartfelt love songs (of around 2 to 3 minutes) like 'As Long As I've Got You', 'Cadiz', 'Josephine' e.t.c. There are not too many like this on the new album, but I realise that songwriters can't keep writing the same songs and that change can be a good thing.
The standout on the album, and the closest to the above songs, is 'American Kid'. There are a lot of references to Old Hollywood and I felt this did over-complicate the song a bit. On the whole it is wonderfully uplifting, with a soaring chorus, reminiscent of Fable era Shack.
Other highlights here include 'Gino and Rico' which has Jazz vibes and brought to mind 'Stranger' from Shack album Waterpistol. There are some brilliantly inventive melodies and lyrics - "Life is for living and living is for life". The strength of the song 'Broken Beauty' is in its emotional impact, heartfelt delivery and superb production (by Bill Ryder-Jones past member of The Coral). 'Pretty Child' is an enjoyable take on a lullaby originally from The Night of The Hunter soundtrack. The result is glorious and there are hints of 60s Psych. 'The Ten' has some lovely melodic arrangements and vivid lyrics about life in old Liverpool.
The strongest album of the year so far, even though some of the songs here I didn't love instantly, as I did with his previous work. There are not many recent artists making music like this and Michael Head is still one of the best Songwriters around.