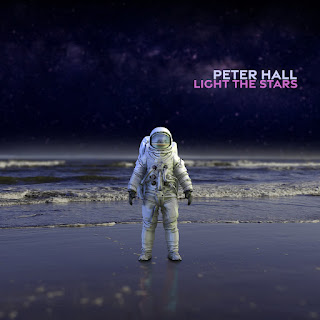 Released: 26 Nov 2021
Label: _
Buy Here
Peter Hall, from Nottingham UK, returns with his debut album after last years beautiful EP - There's Something Wrong With Everyone. It is a stunning album, demonstrating well-written, sophisticated indie pop.
The album opens with 'Save Yourself' which is rich in melody with a memorable, anthemic chorus. His music recalls Teenage Fanclub's softer sounding later music.
My favourite here is 'Two Twenty Two' a heartfelt ballad of the highest standard. The production is epic and orchestral, like many of the songs here. The object of affection is a record (could it be The Beatles...?), rather than a love interest, as in most songs.
Other highlights include 'Dream of the Sun' which is an emotional listen with some devastating lyrics - "I don't need no Tarot to know whats coming next. I'm waiting for the arrow to hit me in the chest". It bought to mind some of John Lennon's solo music.
'The Best Idea' is another epic, melancholic ballad which will get you emotional. Lyrically, it is very honest - "I don't know what's night or day. I just dream along the way."
A superb debut album, full of memorable songs, written from the heart. Highly recommended.