Ian M Bailey - Songs To Dream Along To 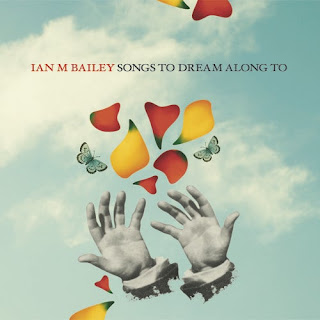 Released: 15 Oct 2021
Label: Kool Kat
Buy Here
Ian M Bailey is back with a new album after the superb Shots of Sun EP from earlier this year. It features the songs on that, including the sublime 'Slow Down River' and 'Take it or Leave It'. His sound is heavily influenced by The Byrds and Crosby, Stills and Nash.
The album is co-written by Daniel Wylie of Cosmic Rough Riders, whose recent album 'Atoms and Energy' from this Summer is also well worth checking out!
It opens with 'This is Not A Feeling' which is uplifting guitar pop at its finest. It has some lovely harmonies and Americana vibes, with hints of The Jayhawks and later Teenage Fanclub.
Other highlights include 'The Sound of Her Voice', a lovely ballad with hints of Gram Parsons. The orchestral production is wonderful. 'I'm not The Enemy' has a slightly heavier edge, reminiscent of Neil Young.
Closing song 'The Best Out Of Me' is one of my favourites here. A heartfelt ballad of the highest standard which is guaranteed to get you emotional.
A superb album, full of beautifully melodic, well crafted songs. Highly recommended.